How to get in New World Open Beta

News on how to enter the New World Open Beta have appeared online. 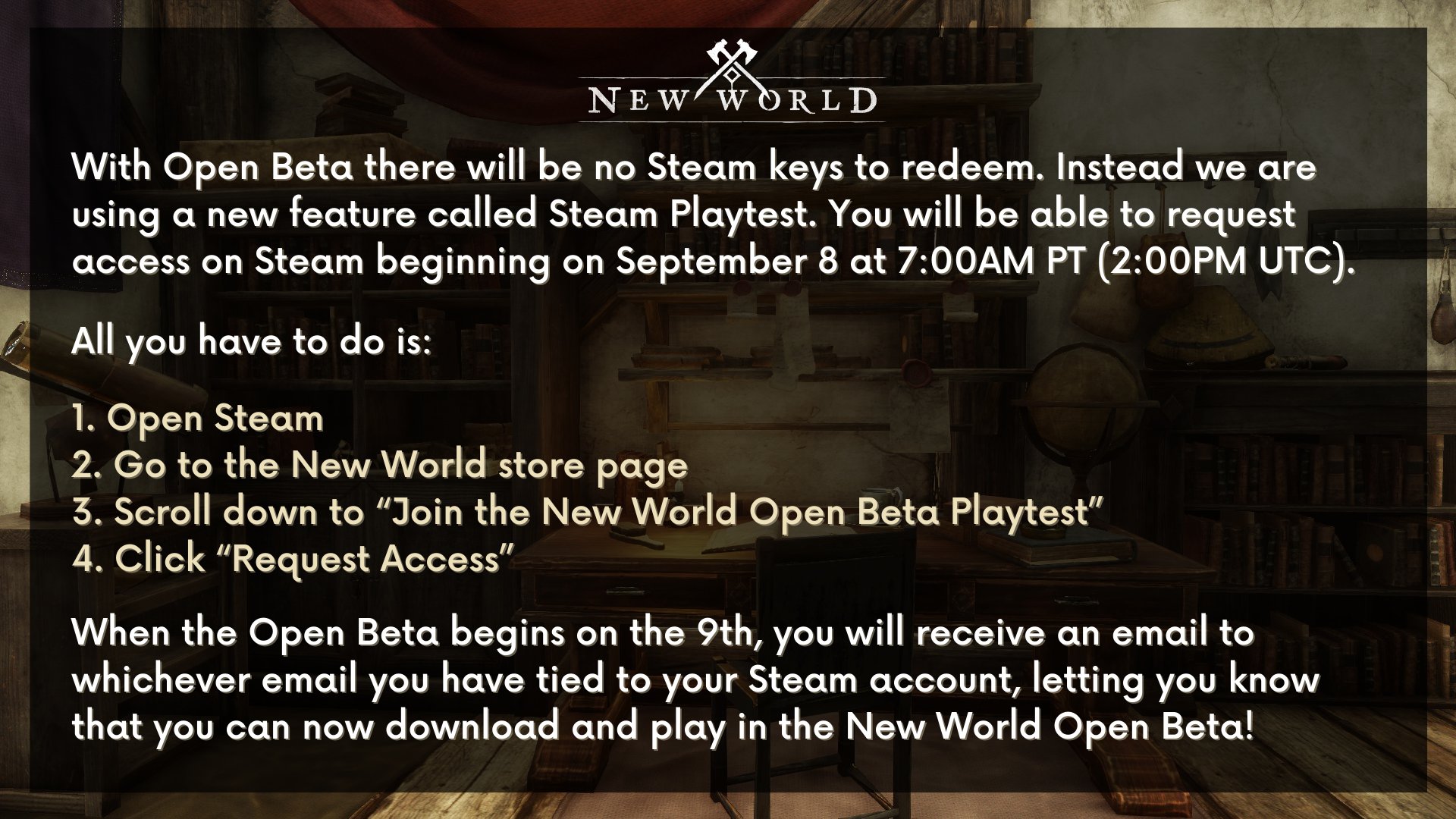 The Tweet has the above picture attached which reads:

With open beta there will be no steam keys to redeem. Instead we are using a new feature called steam playtest. You will be able to request access on Steam beginning on September 8th at 7:00AM PT (2:00pm UTC).

When the Open Beta begins on the 9th, you will receive an email to whichever email you have tied to your steam account, letting you know that you can now download and play in the New World Open Beta.